How to append to a file in Python

In Python, reading, writing, and editing files are common tasks since the language gives us built-in functions to do so.

As a developer there are so many reason why you will want to read, write and also edit the files in your project, and python really offers the flexibility to do so in very simple and easy ways.

There are a couple of file handling operations in python such as r which works for reading the file, w opening a file and writing to it, a opens a file for appending at the end of the file without truncating it, + opens a file for updating(reading & writing) and so on.

In this article, I will be discussing briefly how you can easy append to a file in Python and how to use the append operation effectively.

A file is a designated spot on the hard drive where associated data is kept.

It is used to keep data in non-volatile memory for all time (e.g. hard disk).

A file must first be opened before we can append to it. It must be closed once we are finished so that the resources associated with the file can be released.

Consequently, a file operation in Python happens in the following order:

How to append a text to a file #

There are different methods to append a text to a file and I will be showing you that shortly, but firstly let us talk about how it works.

In simpler terms, whatever goes into the .write() method will be added to the end of the text file.

Let us take a look at the different way to append to a file.

Using the with statement #

The concise shorthand of a try-catch block is replaced with the with statement.

More significantly, it makes sure that resources are closed immediately after being processed.

Reading from or writing to a file is a typical example of using the with statement.

A context manager is a function or class that supports the with statement.

The sun shines brighter in the day especially in the afternoon

The sun shines brighter in the day especially in the afternoon, I like to play in the sun light

When you’re done appending to the file, the with statement immediately closes it.

The file is opened via the open() function, which also returns the appropriate file object.

The syntax of open() is:

Let’s say we have a file called example2.txt with this content:

The quick brown fox jumps over the lazy dog And says

Now let’s append text Hi at the end of this file,

Contents of the file example2.txt will now be,

The quick brown fox jumps over the lazy dog And says Hi.

Append to a file as a new line #

Let’s start with the primary technique, discuss its shortcomings, and look for ways to make it better.

File should be opened in append and read mode ('a+').

The file’s end is indicated by both the read and write cursors, the place the read cursor at the file’s beginning.

Check to see if the file is empty or not by reading some content from it.

If the file is not empty, use the write() function to insert "\n" at the end of the file.

Using the write() function, add a specified line to the file and close the file.

We have a file named test.txt with this content:

This is a test file and I am going to append a new line to it.

Let’s append the new line to the text.txt file,

I had to open the file in append & read mode (‘a+’), then I moved the cursor to the start of the file,

I did a check to see if the file is not empty then I append the text at the end of the file in a new line.

This is a test file and I am going to append a new line to it. This is the new added line.

The File should be opened in append & read mode ('a+'),the file’s end is indicated by both the read and write cursors.

Make sure you place the read cursor at the file’s beginning.

Check to see if the file is empty or not by reading some content from it.

If the file is empty set appendEOL as False, for each list item if appendEOL is False and its first element in the List is False.

Don’t use the write() function to append '\n' to the file’s end.

Else using the write() function, append \n to the end of the file.

Utilize the write() function to append the element to the file then close the file.

We have a file with the name test.txt containing,

This ia a line This ia a second line

Lets write a function to add multiple lines to this file.

if we pass a series of lines to our line_list array,

It appended all the given strings in the list as newlines in the file.

We covered a lot in this article on how to append to a file.

We looked at using the with statement, the open function, append to a file as a new line and appending multiple lines to a file.

I genuinely hope that this article has taught you one or two things. 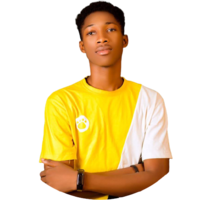 Hello, my name is Shittu Olumide, I am a skilled software developer and technical writer, compassionate about the community and its members