4 Different ways to Copy a file in Python

Copying of files is a core operating system method that is suitable to be performed either manually or by using CLI.

But can we achieve this result by using python. Yes we can!

Three modules in python help us in achieving different operating system level tasks in both Windows as well as Unix and we will check the methods of this modules that help us copy a file in python.

The three modules are shuilt, os and subprocess which have almost same functionality with few modifications and enhancements at operating system level

We will discuss all their appropriate methods to achieve this task, although all the methods use similar kinds of keywords i.e., copy for Windows and cp for Unix.

This inbuilt module in Python has various advanced methods for copying a file using Python but we will discuss the 2 most common methods for the same.

The copyfile method is a popular method of the shutil module that can be used to copy the content of a file into a new file.

The advantage of this method is that if a file exists inside of the new file destination, the contents are overwritten.

But in case the source file and destination file are same , then it raises an error.

This method takes in two parameters, one being the source file path and the other being the destination file and path along with a default parameter of symlinks that is set to True by default.

Let’s see this code in work:

With this piece of code, contents in my sample.txt file was copied directly onto the result.txt file.

But we must take care of the path of the files specified, in that case we might run into an undesirable error.

One of the most useful feature of this method is its symlink parameter which is by default set to True,

This method is similar to that of the copyfile() and performs the exact similar task of copying the contents of a file into another.

But the advantage that it has is that it also copies the system permissions of the source file into the destination file.

Since copying system permissions is not a usual feature inside of a programming therefore this is a good feature in Python.

This method also takes in 2 parameters i.e., the source file path and the destination file path.

After successful execution of the above code , contents of sample.txt file is copied onto result.txt file but in case result.txt file already has some data, then it is overridden by this method.

Now that we have discussed about the shutil module, let’s now checkout the os module methods and see their implementation in code.

os module is one of the most useful module in python when it comes to working with core operating system features and thus we can use it’s method to copy contents from one file to other.

However, this module and methods are platform specific and thus we will learn separate methods for both the platforms i.e., Unix and Windows.

This method takes in a parameter called command that is a string containing the shell command’s for respective platforms.

In our case copy for windows and cp for Unix.

Run the appropriate line of code for your platform and the contents will be copied from source to destination.

But this method has 1 advantage and 1 drawback.

Advantage being , if the destination file doesn’t exist in the system then it creates a file and saves copies the content of the source onto it.

This code is also very much faster than the other two methods because this code runs in a sub shell and runs in a parallel thread to the python code.

The subprocess module is kind of new to the scenario but it intends to replace some core functions of the os module like the system method.

As a result of which you can predict, we can use this module and its method to copy files in Python.

We can use the call method in the subprocess module in order to initiate a system command in our case, it’s copying a file.

As a parameter to this method, we will again pass a string containing the CL command of the respective operating system.

We can also pass around a Boolean i.e. shell=True as a parameter to the function, but according to the official docs, using this parameter as True can be a security risk.

Let’s see the code and its output:

As we needed, we achieved the desired result and we were able to copy the contents from sample.txt onto result.txt.

As we conclude this exciting article, in this we learnt about working with the system commands.

In this, we explored only about the copying of contents of file from one to the other.

We learnt about two major modules i.e., shutil and os and the most common and useful methods of these modules that can be used to copy a file in python, majorly the copy method of the shutil module and system method the os module. 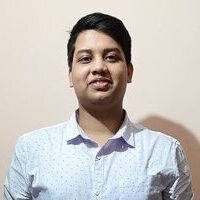